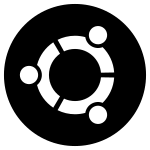 Did your Deluge BitTorrent client desktop application become unresponsive and refuse to close or reboot?

On Ubuntu, you can force quit the Deluge application by using the pkill command in your terminal.

Then, execute this command in your terminal to kill all processes running Deluge on your machine:

After successfully running that command, all the instances of Deluge running on your machine should now be closed and terminated.

If you don't want to kill all the Deluge processes running on your machine, you can also kill individual processes. To do this, you need to first list out all the PIDs (Process Identifiers) running Deluge and then use the sudo kill -9 PID command to kill that specific process.

You can list all the processes running the Deluge with this command:

The first number you see in the output after the username (26345 in the example output above) is the PID for that specific process.

Now that you have the PID/s for the process running Deluge, you can end it with this command: