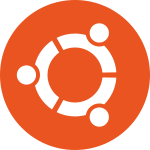 How do you create a new user with sudo privileges on a Ubuntu 18.04 machine?

On Unix-like operating systems, sudo allows users to run programs with the same security privileges given to the superuser (also known as root, administrator, admin, or supervisor). It originally meant "superuser do" because sudo was invented to run commands only as the superuser on older versions of Linux.

In this article, we'll walk you through how to create a new user on your Ubuntu 18.04 machine and configure the user to have sudo privileges. And we'll also cover how to remove a user's sudo permissions if you ever have the need.

First, let's add a new user to your machine.

You can do that with this command (replace bob with the username you want to use):

Throughout the rest of this article, make sure you replace any instances of bob with your username.

You'll be prompted to set the password for your new user and also confirm it by retyping the value:

Next, you'll be prompted to set some information for your new user. You can fill them out or just press ENTER repeatedly to skip each one.

Your new user is now created!

Add Your New User to the Sudo Group

Now that you have a new user, you can add it to the sudo group and, therefore, give it sudo privileges.

Use this command to add your user to the sudo group:

Your user is now part of the sudo group!

First, switch from the root user to your new user with this command:

As your new user, you can run a sudo privileged command by prepending sudo to the command you wish to execute with superuser permission.

To serve as an example, let's list out the contents of the /root directory. This directory is normally only accessible to the root user.

Since this is the first time you've used the sudo command in a session, you'll be prompted to enter the password for your sudo-enabled user:

If you entered the correct password and your user is in the sudo group, the sudo command will be successfully run with root privileges.

In the future, you may need to remove a user's sudo privileges for one reason or another.

You can use the exit command to switch back to the root user.

To do this, you can use this command:

This will only take sudo access away from the user profile and will not delete the user itself.

Let's test whether or not the user has been removed from the sudo group.

First, switch over and use your user:

And retry the same command from the last section that lists the contents of the /root directory:

This command should fail and output something similar:

If the command was successful, make sure you have removed the user from the sudo group.

In this article, we went over how to create a new user, give it sudo privileges by adding it to the sudo group, and remove a user from the sudo group if you ever need to do so.