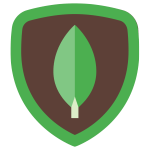 In this tutorial, we'll help you get MongoDB installed on a Ubuntu 16.04 machine, create a new database user, and add some data to it using the MongoDB shell. Also, we'll show you how to uninstall MongoDB if you ever need to.

Before you can work through this tutorial, make sure you have a Ubuntu 16.04 server or local machine to work with.

First things first, let's get MongoDB installed on your machinge. Since you're using Ubuntu 16.04, we can install the MongoDB software using the default repositories that are included with your operating system.

To create a database, use this command:

In the future, you may need to uninstall MongoDB from your Ubuntu 16.04 machine. You can do it with a couple of commands.

In this article, we covered how to install MongoDB on a Ubuntu 16.04 machine, created a root user with a username and password, created a new database, added some data to it, and showed you how to uninstall MongoDB if the need was to ever arise.