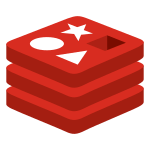 Redis is an open-source, in-memory data structure store. It is often used as a database, cache, and/or message broker.

In this article, we'll go over how to install, configure, and secure a Redis database on your Debian 9 machine.

Since you're using the Debian 9 operating system, we can simply use apt to get the latest stable version of Redis from the official Debian repository lists.

First, we need to run the apt update command to update the list of available packages and their versions on your machine. This won't install any packages yet.

When that's done, we can install Redis with this command:

When that command is completed, Redis and its dependencies will be installed on your machine.

Whenever you install new software onto your machine, it's a good idea to make sure it's working properly. In this step, we'll go over a few quick ways to make sure Redis is working as expected.

First, make sure the service is running:

If your Redis instance is running without any errors, you should see an output similar to this:

In the output, you can see that Redis is running and will start up every time your server reboots via systemctl (execute the sudo systemctl disable redis command to stop systemctl from starting Redis on boot).

Next, we should test some of the Redis functionality by using the Redis command-line interface.

Start the command-line client with this command:

Then, add a value to the database by using the set command:

And retrieve the value:

If everything is working, you should get this output:

Last, we'll confirm that Redis can persist data after it's been stopped or restarted.

Exit the redis-cli prompt by executing the exit command:

And then restart the systemctl service that's running Redis:

When it has restarted, open the Redis command-line interface again and confirm that the "message" value still exists and returns the same value:

The value of the "message" key should still exist:

You can exit the shell when you're finished:

Your Redis server is now running, configured, and ready to use!

But some of the default configuration settings are insecure. And, if your machine is a server, it will give malicious actors opportunities to attack the data in your server's database.

So, the remaining steps in this article will go through covering some of those security holes. Although these next steps are optional, they are highly recommended.

By default, Redis can only be accessed via localhost. But, there is a chance you may have installed Redis using a different tutorial and configured Redis to accept connections from anywhere. That method is not as secure as only allowing localhost connections.

To correct this or verify your Redis database is bound to only localhost, open the Redis configuration file for editing:

Scroll to the "General" section, locate the line below, and verify it is not commented out (remove the # if it exists):

Save and exit the file when you are finished (CTRL + X, Y, ENTER).

If you made any changes to the configuration file, make sure you restart Redis for the changes to go into effect:

Make sure the changes have gone into effect with the netstat command:

You should get a similar output to this:

The output shows that the redis-server program is bound to localhost (127.0.0.1). If you see another IP address in that column, then you should double-check that you uncommented the correct line and/or updated the line correctly. Then restart the Redis service again.

Now that your Redis service is bound to localhost, it will be more difficult for malicious actors to make remote requests to your database or gain access to your server. But, the Redis database isn't currently set up to authenticate users before they make changes to Redis configuration files or the data it holds. In the next step, we'll update Redis to require users to authenticate with a password.

In this section, we're going to use the auth command to enable a Redis password.

To configure the password, we need to update the /etc/redis/redis.conf Redis configuration file. So open that file again:

Scroll to the SECURITY section and look for a commented section that shows:

Uncomment that section by removing the #. And replace foobared with a new and secure password.

If you look above the requirepass section, you'll notice this message about password strength:

So, it's super important to use a VERY strong and long password if your Redis database is running on an import server or if it holds any sensitive data. Instead of making up a password yourself, you can use the openssl command to generate a long and random password.

Use the following command to generate one:

The output should look similar to this:

Then, copy and paste the output as the new value for requirepass. It should read like this:

After changing the pasword, save and close the /etc/redis/redis.conf file and restart Redis:

And attempt to set a value in the database without first authenticating:

This won't work without authenication. Your output will look like this:

To authenticate with the password you set in the Redis configuration file, run this command (make sure you use your password value):

And Redis will respond with this:

Then, retry the previous command of setting a test key and value:

If everything went well, that should have been successful:

And for testing purposes, retrieve the key:

Will get this output:

After confirming the above commands work with authentication, you can close the redis-cli client: